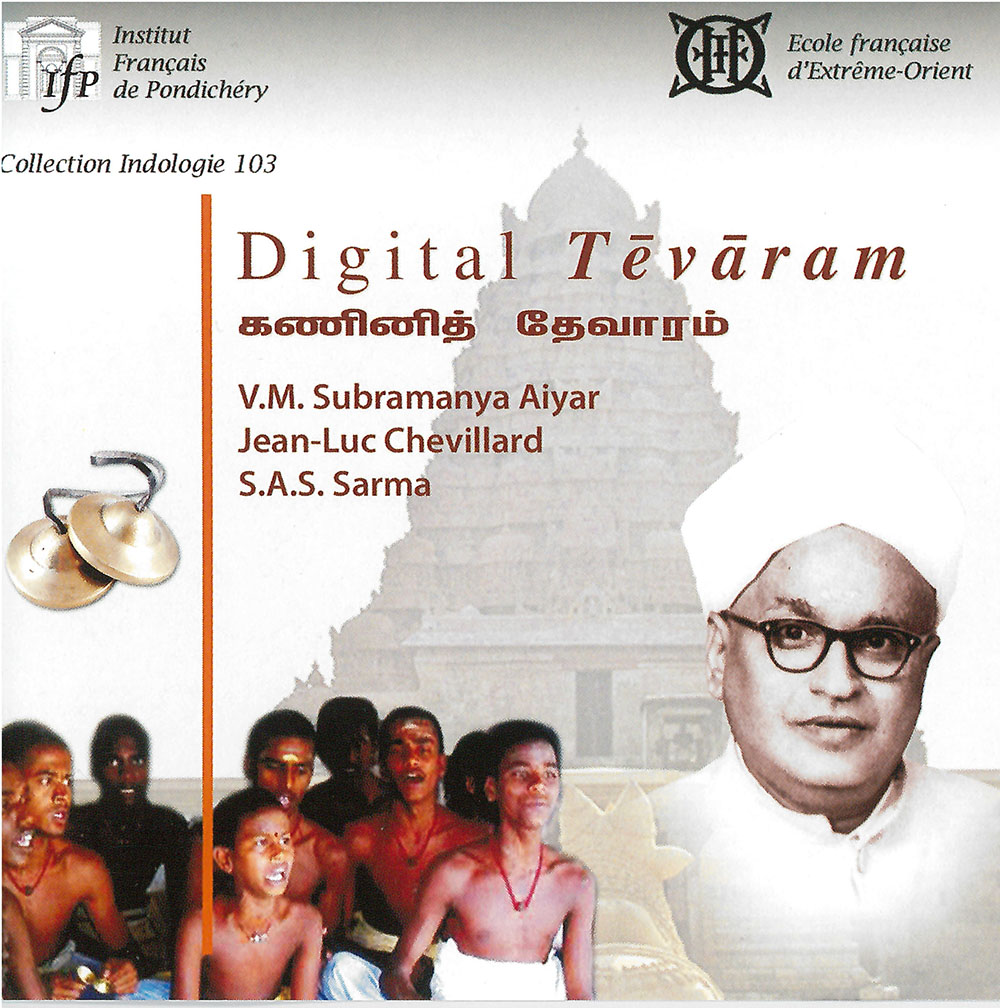 The “Digital Tevaram” is a multi-feature CD-ROM edition of a collection of 800 Tamil hymns to Siva, possibly dating back to the 7th and 8th centuries, attributed to three authors (Sambandar, Appar and Sundarar), traditionally called Tevaram, and constituting the initial part of the Tamil Saiva Scriptures. This electronic edition of the Tamil text, furnished with many maps, MP3 audio files and a complete English rendering by the late V.M. Subrahmanya Ayyar (1906-1981), combines the features of the two traditional book-forms of Tevaram: 1. arrangement according to musical modes (pan-s), as in panmurai editions of Tevaram, and 2. arrangement according to sites (stalam-s), as in talamurai editions. It incorporates a concordance, and can be used as a dictionary of Tevaram.