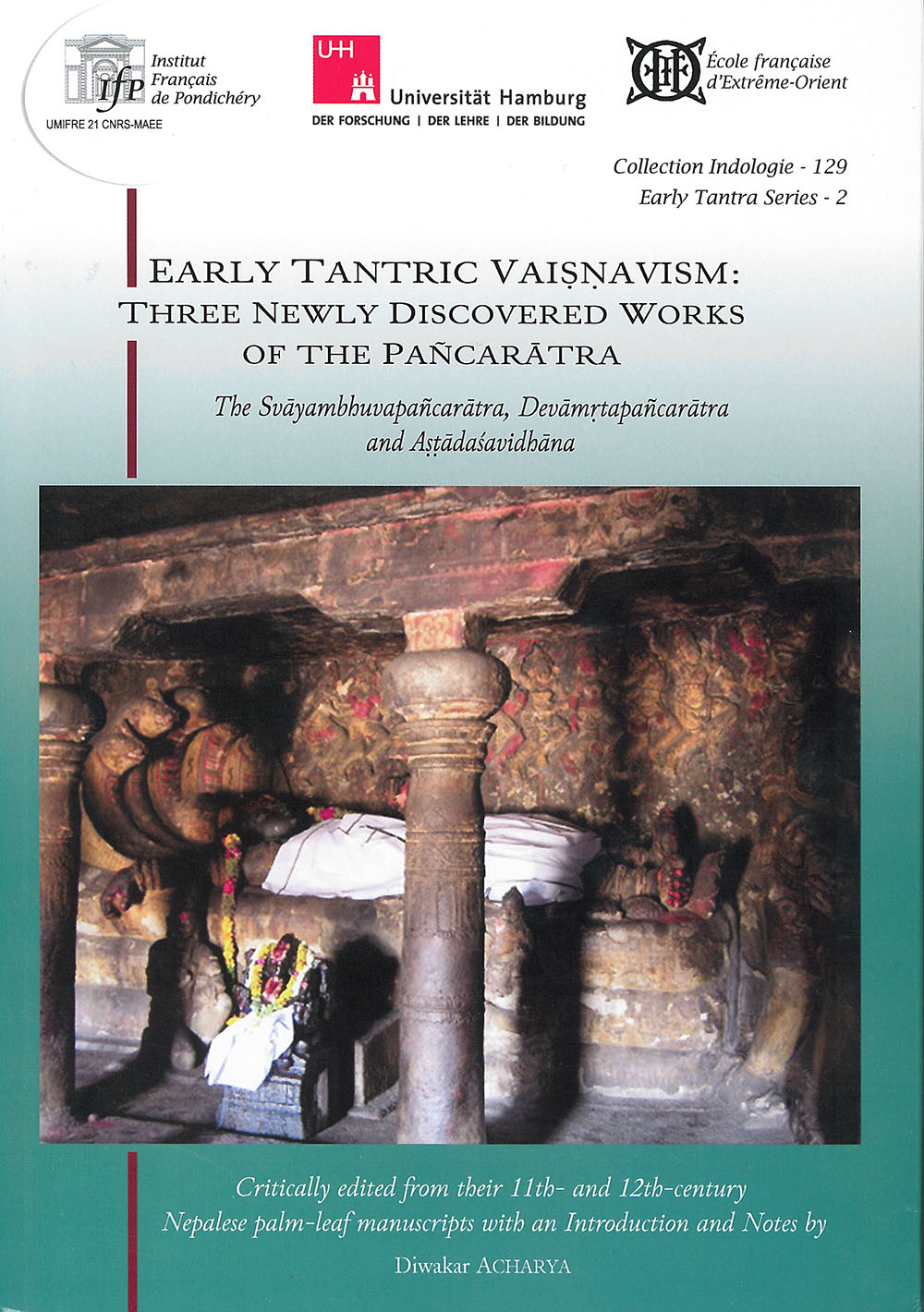 The three works presented in this volume are hitherto unpublished texts of great significance for the early history of tantric Vaiṣṇavism, and we have grounds for supposing that they are older than any hitherto published Vaiṣṇava Tantras. They preserve archaic elements not found in other Pañcarātra works, such as Vaiṣṇava brahma-mantras styled after the Pāśupata ones, and the veneration of eight heroes of the Vṛṣṇi clan, as well as of the pentad of Varāha, Narasiṃha, Trivikrama, Vāmana, and Vasudeva. Their ritual makes profuse use of Vedic mantras, one of them even requiring the installation of Vedic hymns (rather than tantric mantras!) chosen from each of the ten maṇḍalas of the Ṛgveda in every image of Viṣṇu. In a spirit rare in the Vaiṣṇava traditions of the second millennium, these scriptures call on devotees to identify Brahmā, Viṣṇu and Śiva. They thus present a picture of Tantric Vaiṣṇavism in the first millennium AD as imbricated with Śaivism and Brahmanism and tell us much about the early history of tantrism and of Hinduism in general.

The first and third of these texts are transmitted to us in a single palm-leaf manuscript dated to Nepal Samvat 147 (1027 AD), and the second in a slightly newer and undated one, both from the treasure trove of the National Archives, Kathmandu. This volume contains a first edition of these texts with a detailed introduction, including an English synopsis, along with text-critical notes and indices, as well as facsimiles of the manuscript leaves.