Contribution to the History of the Wheeled Vehicle in India 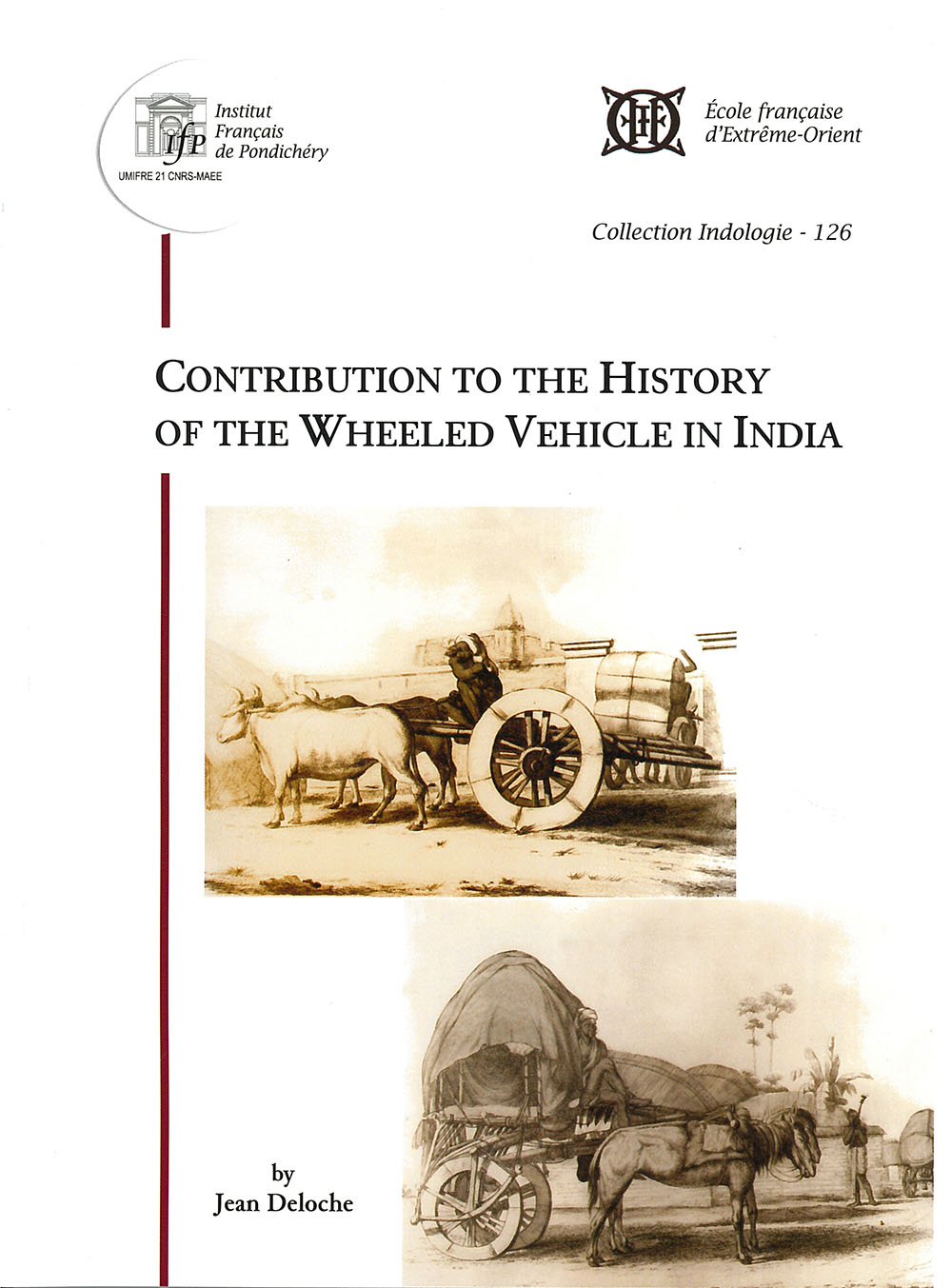 This book is a contribution to the history of the wheeled vehicle in India. In the first part we examine the present carriages, their types and their distribution; then, in the light of these clearly discernible facts, we intend to interpret the sources concerning, on the one hand, the wheeled vehicles from Protohistory to the Mughal period, and on the other hand, the changes introduced by the transport revolution of the middle of the 19th century. It shows that, prior to the British period, the northern plains of India were favoured with a variety of vehicles for travelling and for goods traffic, many of them with a rudimentary form of suspension, while in the Deccan, most of the country carts were heavy, ill-constructed and not fit for distant journeys. The reason why the people of Hindusthan showed much greater ingenuity than those of the Deccan concerning the construction of carts is perhaps due to the fact that, over the centuries, greater attention was given there to roads and their maintenance than on the peninsula: at least since Asoka, the sovereigns of the Gangetic Plain were interested in the question of roads, and particularly in the good condition of the Grand Trunk Road and the axes leading to the Gulf of Cambay.

Order at the following adresse:

Commentary Idioms of the Tamil traditions