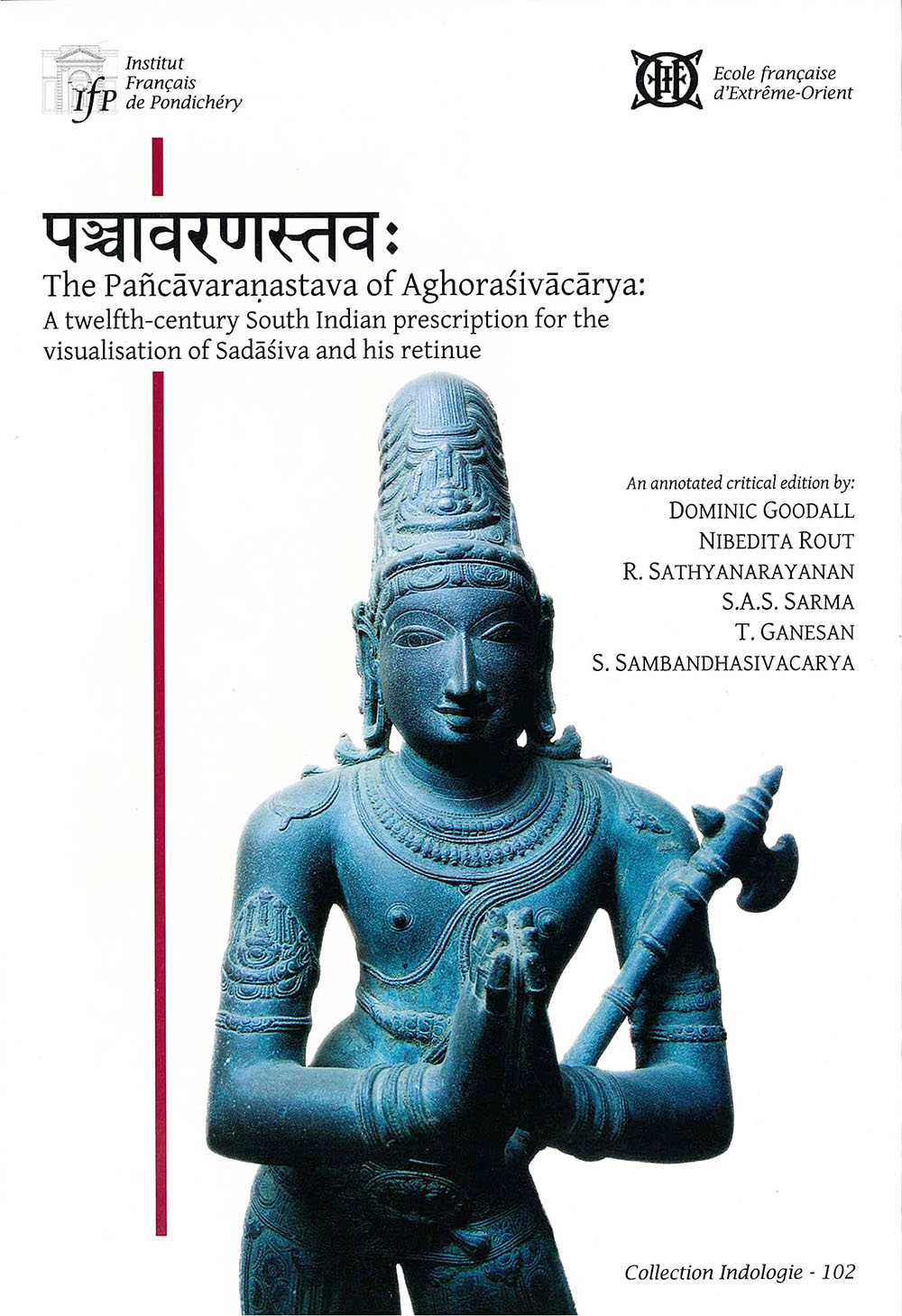 This volume presents a critical edition of a once celebrated liturgical hymn in one hundred verses by Aghoraśiva. That celebrated twelfth-century theologian of Chidambaram is known both for his commentaries and for his ritual manuals: the Mrgendrapaddhati and the Kriyakramadyotika. The latter, completed in 1157 AD, remains one of the principal authorities for the performance of ritual in South Indian Saiva temples today. In his Pañcāvaraṇastava, “Praise of the Five Circuits”, Aghoraśiva shows how the central deity of the Saiva Siddhanta should be visualised in worship. The initiate should see the benign, white, consortless, five-faced and ten-armed Sadasiva enthroned on an eight-petalled lotus. Arranged around him in five concentric rings are anthropomorphic forms of the 11 mantras that are his heads and body-parts, then 8 souls that administer the universe, then 8 members of his family, the 10 divinities that protect the directions, and finally the anthropomorphised weapons of those protectors. Annotation and a selection of photographs accompany the text.