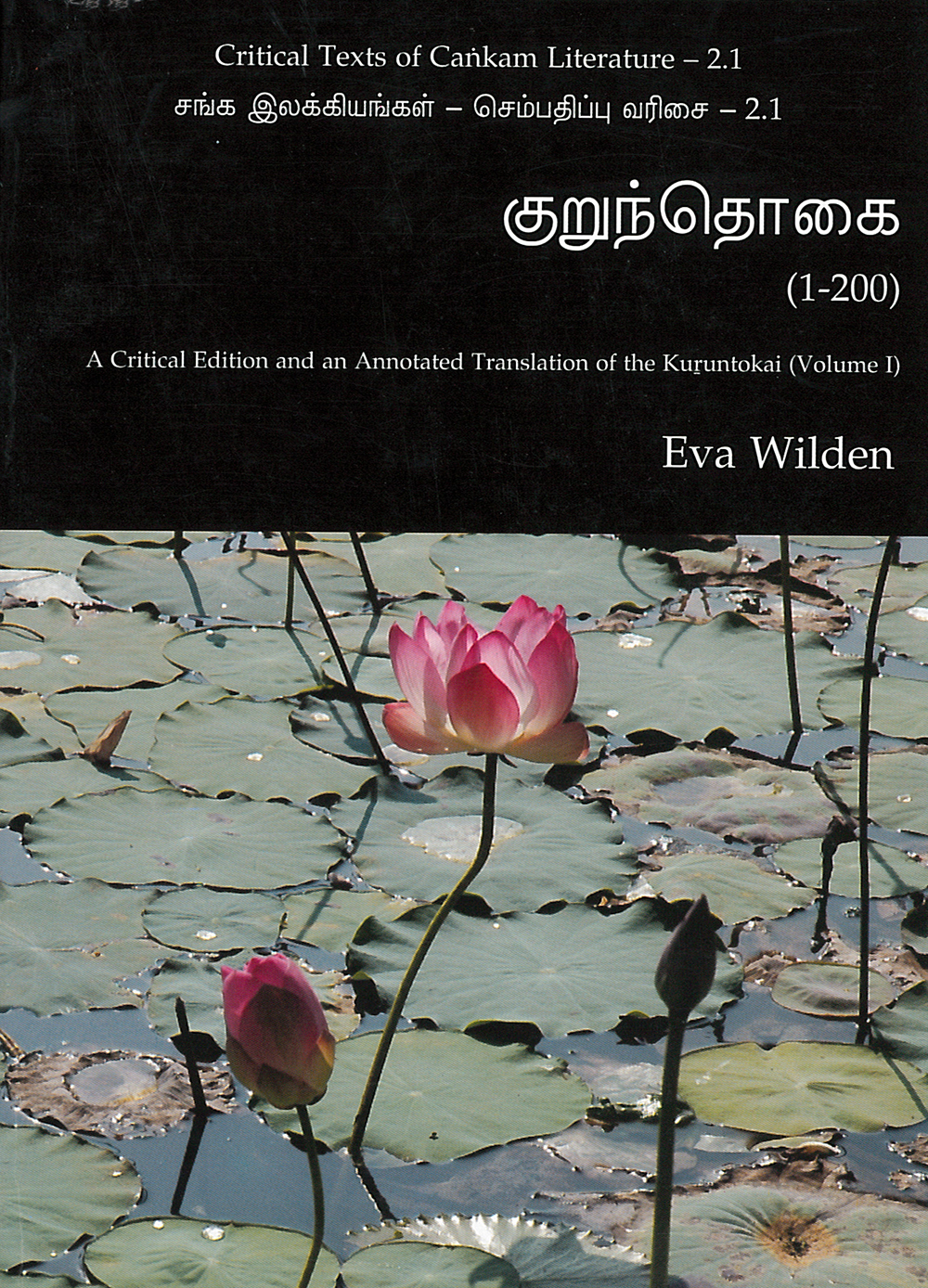 The earliest anthologies of classical tamil poetry have known learned editions, but never critical ones, that is to say never editions which represent all the evidence on which they are based. The present series, launched two years ago with the Naṟṟiṇai, aims to meet this end. Each poem is printed with an apparatus recording the variants of all surviving manuscripts and of the hundreds of quotations found in grammatical literature. A complete annotated English translation is furnished, the purpose of which is not to offer a polished version that brushes over the awkwardnesses, but rather a tool that lays open difficulties of interpretation. The transmission of the Kuṟuntokai is especially rich not only because a number of manuscripts survive to our days (though sadly only one on palm leaf), but also because this most beloved text of Cankam literature has had quite a complex editorial history. This series of co-publications, undertaken by the Pondicherry Centre of the École française d'Extrême-Orient, (EFEO, French School of Asian Studies) and the Tamilmann Pathippagam, aims at furnishing critical editions prepared by an international team of scholars. Each edition will contain a full critical apparatus, an annotated English translation that strives not for beauty but for clarity, and a complete glossary with morphological analysis and translation, as well as a number of special indexes pertaining to Indo-Aryan loanwords, complex verb-forms, sources of quotations and the like.