Collection : Materials for the Study of the Tripiṭaka 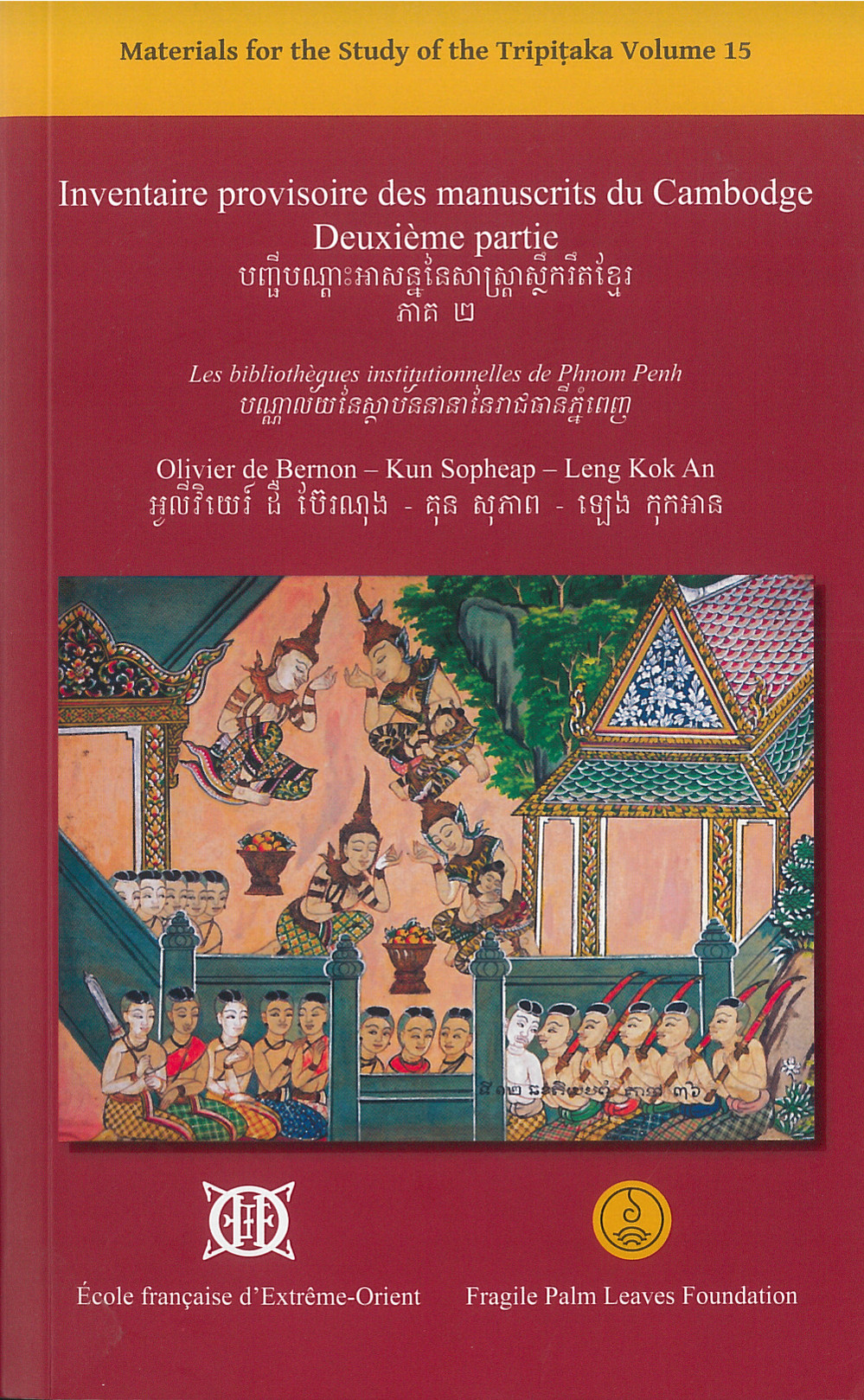 This second volume of the Provisional inventory of manuscripts of Cambodia identifies manuscripts preserved in the large institutional libraries of Phnom Penh : Preah EFEO-Vanarât Kèn Vong Library, the National Library of Cambodia, the library of the National Museum of Cambodia, the library of Royal University of Phnom Penh, and the library of the Silver Pagoda. These libraries have been fully restored and classified by the FEMC team as part of a mission of the French School of Far Eastern Studies (EFEO) between 1990 and 2012. This catalog - which comes after a first volume of this Provisional Inventory devoted to the monatic libraries in the Kandal Province, published in 2004 - contains some 929 entries for Khmer-language texts; 651 entries of texts in Pali, and some 43 titles in Thai.

A large part of these manuscripts, rescued from the devastations of war and deposited at random in different public institutions, come from the former library of the Buddhist Institute. This volume is published as a tribute to those who, in isolation and complete deprivation, saved these treasures of the national heritage of Cambodia in 1979, first and foremost to the memory of Preah Vanarât Kèn Vong.

Materials for the Study of the Tripiṭaka 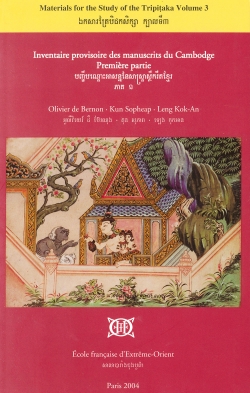